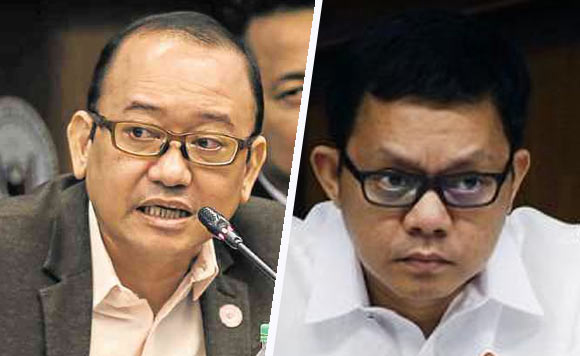 The plunder case against former Bureau of Immigration deputy commissioners Al Argosino and Michael Robles will go on.

This after the Sandiganbayan 6th Division denied the motions for reconsideration they filed seeking for the dismissal of their cases in connection with the P50-million bribery scandal involving Chinese nationals caught illegally working in a Pampanga leisure park.

The court did not give weight to the information given by Argosino that the money they received was not a bribe in exchange for the release of the Chinese workers.

The court said Argosino was merely asking for a re-investigation of the case which is prohibited by the Supreme Court under its revised guidelines.

“A plain reading of his arguments would show that he is praying for the reinvestigation of the case because, according to him, the Office of the Ombudsman disregarded certain affidavits that would establish facts supporting the innocence of the accused, i.e. that the money was intended for bail of the detained Chinese nationals, and that there was no bribery or extortion,” the court said.

The court maintained that all the elements of plunder are present in the information filed by the Office of the Ombudsman.

Argosino and Robles are expected to be arrainged for plunder following the court’s decision.

Continue Reading
Al ArgosinoBureau of ImmigrationChinese workersMichael RoblesOffice of the OmbudsmanPampanga
0
Share
Politiko would love to hear your views on this...
Trending News
More Stories