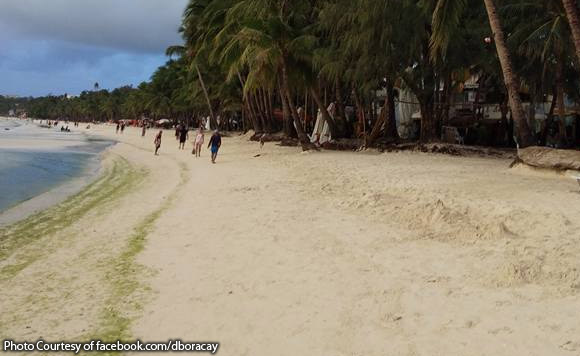 0 1,257
Share
Want more POLITIKO News? Get the latest newsfeed here. We publish dozens and dozens of politics-only news stories every hour. Click here to get to know more about your politiko - from trivial to crucial. it's our commitment to tell their stories. We follow your favorite POLITIKO like they are rockstars. If you are the politiko, always remember, your side is always our story. Read more. Find out more. Get the latest news here before it spreads on social media. Follow and bookmark this link. https://goo.gl/SvY8Kr

It has been two months yet the government still has no detailed and comprehensive action plan for Boracay.

Bayan Muna party-list said this Saturday as it slammed the Duterte administration for “sore lack” of action plan on how to rehabilitate the “cesspool” island and help those affected by the closure last April.

“The government has arbitrarily declared Boracay closed supposedly for rehabilitation, but apparently, to this day, the government has no clear detailed action plan yet to address the myriad issues confronting the island and its people, including issues of livelihood, environment, land tenurial claims and corporate greed,” Bayan Muna party-list Rep. Carlos Isagani Zarate said in a statement.

“This is outrageous given the severe impact of the closure, especially to the ordinary poor people who depend on their survival on the island’s tourism industry. Closure without a plan is like putting the carriage ahead of the horse,” he added.

Zarate cited Department of Environment and Natural Resources Undersecretary Ernesto Adobo, who said in a hearing on Boracay closure that Task Force Boracay has yet to finalize an action plan for the island.

“The lack of direction for the rehabilitation is raising the tension and doubt among communities here in Boracay. What is really the government’s plan for Boracay: keep it as a top tourism site or make it a casino haven or as a land reform area, as announced by Pres. Duterte? There is a disconnect in these conflicting pronouncements. The people are still looking for answers,” Zarate said.

“The people and the Boracay community are not the enemy. Indeed, they are part and parcel to the solution in keeping Boracay the prime tourist hub that it is… Boracay is not just an island but a community of workers, indigenous peoples, performers, vendors and other people living off the commerce in the island. Practically, there are no agricultural lands here. For most part, the island has been portioned off by big landowners as hotels, restaurants, and leisure parks,” he added.

Boracay will be closed for tourists for six months as ordered by President Duterte amid concerns of environmental degradation of the island.