Gary Alejano ‘can’t get over’ Cayetano’s puso vs China 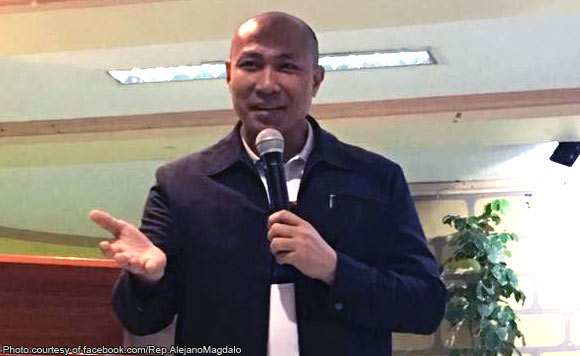 0 4,094
Share
Want more POLITIKO News? Get the latest newsfeed here. We publish dozens and dozens of politics-only news stories every hour. Click here to get to know more about your politiko - from trivial to crucial. it's our commitment to tell their stories. We follow your favorite POLITIKO like they are rockstars. If you are the politiko, always remember, your side is always our story. Read more. Find out more. Get the latest news here before it spreads on social media. Follow and bookmark this link. https://goo.gl/SvY8Kr

Never in the history of foreign policy has this been cited as a line of defense.

Magdalo Party-list Rep. Gary Alejano could not forget the joke that is the Philippines’ latest approach on defending ownership of disputed islands at the West Philippine Sea.

The politiko bared just how clueless Foreign Affairs Secretary Alan Peter Cayetano is about defending the territory, wherein he argued that the country’s edge versus China is “puso” — or the strong-willed heart — to assert the country’s claim.

Let us review the hearing yesterday.

GCA: How many diplomatic protests have you filed?

To Alejano, it’s a much more iconic excuse compared to “fake news.”

Vico Sotto spares no one in drug test for Pasig traffic…

Alfred Vargas gets emotional as daughter gets her first…