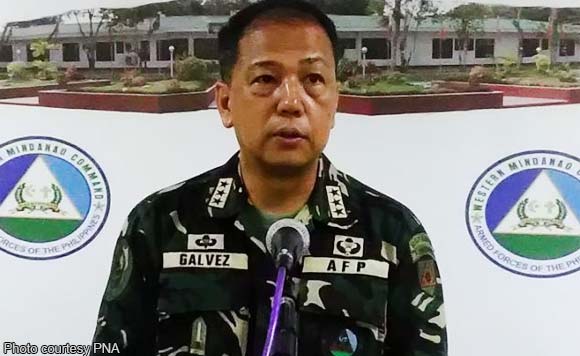 Rat out and get paid. The Armed Forces of the Philippines on Thursday awarded P27.6 million cash reward to 10 informants who had provided vital information that led to the neutralization of eight Abu Sayyaf members and two communist leaders.

AFP chief General Carlito Gavez Jr. handed over the money to the tipsters during a ceremony at the OJ2 Multi-Purpose Hall inside the AFP compound.

The informant who had tipped authorities on the whereabouts of Ahmad Akmad Batabol alias “Basit Usman” received the biggest cash reward of P6.3 million.

Usman was killed in an encounter with the Moro Islamic Liberation Front rebels on May 3, 2015 in Maguindanao.

He was on the US government’s list of most-wanted “terrorists” and was described as a “bomb-making expert” with links to Abu Sayyaf and Jemaah Islamiyah militant groups.

Continue Reading
Armed Forces of the Philippinesrewards from military
0
Share
Politiko would love to hear your views on this...
Trending News
More Stories