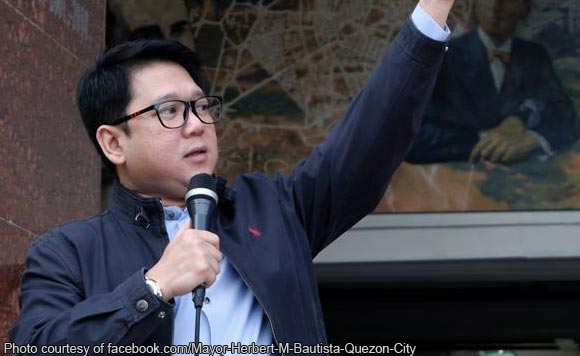 0 600
Share
Want more POLITIKO News? Get the latest newsfeed here. We publish dozens and dozens of politics-only news stories every hour. Click here to get to know more about your politiko - from trivial to crucial. it's our commitment to tell their stories. We follow your favorite POLITIKO like they are rockstars. If you are the politiko, always remember, your side is always our story. Read more. Find out more. Get the latest news here before it spreads on social media. Follow and bookmark this link. https://goo.gl/SvY8Kr

Quezon City Mayor Herbert “Bistek” Bautista wants to make sure that his entire city is ready when the “big one” strikes.

Bautista has signed an ordinance mandating all establishments in QC to conduct earthquake drills twice a year.

City Ordinance 2674-2018 or the “Mandatory Earthquake Drill Ordinance of Quezon City,” mandates all owners and managers of establishments in Quezon City to conduct earthquake drills with their employees, students, tenants, and occupants for at least twice a year.

The ordinance said the Philippine Institute of Volcanology and Seismology has identified 13 barangays in Quezon City traversing by the West Valley Fault.

“Phivolcs has urged that the various locations where the West Valley Fault traverses should be a major basis for the people’s preparedness for earthquakes, as the very destructive ground shaking can cause and poses an immediate threat to people’s lives, buildings and infrastructures, and livelihood,” the ordinance read.

The city’s Disaster Risk Reduction and Management Research and Planning Section has yet to come up with the implementing rules and regulation for the said ordinance.

Earthquake experts have warned people of Metro Manila to prepare for a possible massive earthquake saying that fault tends to move every 400 years or so. The last major quake along the fault was in 1658 — or 357 years ago.

Learning everyday: Charisse Abalos shares perks of being a…

For convenient appointments: Abby Binay teams up with Ayala…

Need help from Dean Asistio? Here’s how you can reach him