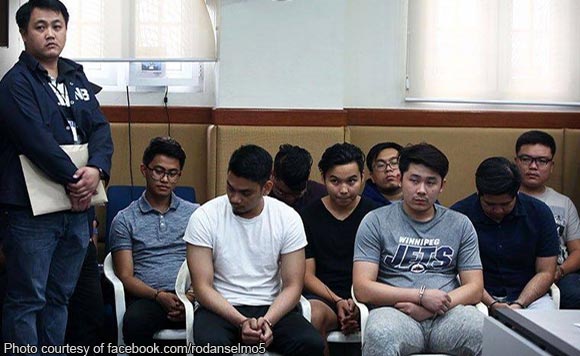 “They are being treated as ordinary inmates.”

This is how a senior jail officer described the condition of the 10 members of Aegis Juris fraternity charged for the death of University of Santo Tomas law student Horacio “Atio” Castillo III.

Senior Inspector Jayrex Bustinera, Bureau of Jail Management and Penology public affairs office chief, said in a news report that the fratmen are not enjoying VIP treatment inside the Manila City Jail.

The 10 were transferred Wednesday from the National Bureau of Investigation to the ordinary jail following an order from Manila Regional Trial Court Branch 20 Judge Marivic Umali.

Describing the situation of the 10 accused, Bustinera said they are confined in a dormitory with a capacity to house 100 inmates but is currently occupied by 500 detainees.

“It is a big cell without any divisions but it has lavatories, water and other things that they need for their personal use,” he said.

He added that the 10 are also being fed with prison food that costs P60 per day.

“If their relatives will bring them food then it is okay with us. Otherwise, they have to deal with the hardship,” Bustinera said.

The fratmen earlier appealed for them to be allowed to stay at the NBI detention facility citing threats to their security.

They added that they may be “subjected to jail-bullying and threats which may result to physical confrontation and can lead to unnecessary violence.”