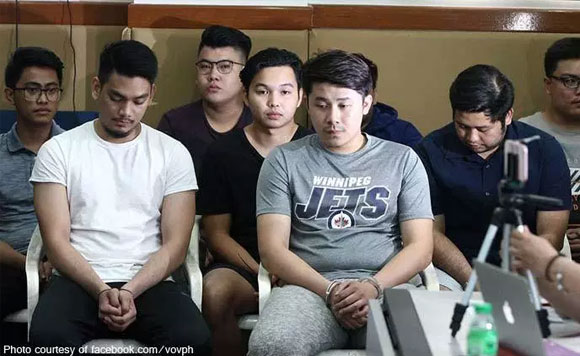 The misery of the 10 Aegis Juris fraternity members tagged in the fatal hazing of UST law student Horacio “Atio” Castillo III is about to start.

This after a Manila court ordered their transfer from the National Bureau of Investigation (NBI) to Manila City Jail.

Judge Marivic Umali of the Manila Regional Trial Court Branch 20 ordered the NBI to transfer the suspects to a regular jail facility within 48 hours.

In a six-page order, Umali cited the rules of criminal procedure, which state that an arrested person should be delivered to the “nearest police station or jail.”

“The NBI detention facility is neither a police station nor a jail,” the judge said.

The suspects have been detained at the NBI detention cell since March 23.

Parents of the fraternity members earlier appealed to the court to keep them in the NBI custody citing security reasons.

They accused Manila Police District (MPD), which is one of the complainants, of bias in dealing with the case.

The court reset the arraignment of the fraternity members to July 24 pending resolution of an appeal filed by Trangia before the Department of Justice.

Trangia has filed a petition for review before the Justic department asking it to reconsider the hazing charges filed against him.