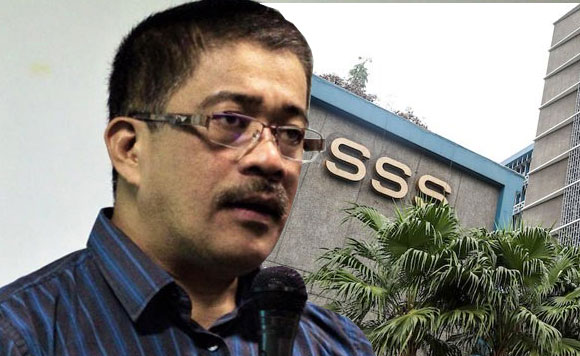 0 1,206
Share
Want more POLITIKO News? Get the latest newsfeed here. We publish dozens and dozens of politics-only news stories every hour. Click here to get to know more about your politiko - from trivial to crucial. it's our commitment to tell their stories. We follow your favorite POLITIKO like they are rockstars. If you are the politiko, always remember, your side is always our story. Read more. Find out more. Get the latest news here before it spreads on social media. Follow and bookmark this link. https://goo.gl/SvY8Kr

Dooc on Thursday warned that SSS would have to shell out an additional P2.5 billion a month if the pension increase were to be jacked up to P2,000 per month starting 2019.

He stressed that members’ premium should be adjusted as well to fund the pension increase.

“This is the same scare tactic used by the previous SSS administration. It would be well for Dooc to stop scaring the people, for this phantom adverse effect once the current pension is increased,” Bayan Muna Rep. Carlos Zarate.

Zarate said the House Joint Resolution No. 10 passed by the House of Representatives last year mandating the SSS pension increase did not provide for an increase in premium contribution.

“The present SSS leadership has assured to institute needed reforms to improve its fund life. What happened to these reforms? Again, it is best for the SSS board and management to support the pension increase and work with Congress in looking for means to increase its current fund life,” he said.

For his part, former Bayan Muna Rep. Neri Colmenares said “the state of SSS pensioners are already sub-human with just P73 a day of pension so the SSS president should stop trying to delude the people that it has no funds for the second tranche P1,000 pension increase because this is not true.”

“They are trying to sabotage the distribution of the P1,000 pension increase, even if it has actually admitted several times that it has the funds for the pension increase. At most, the increase will only shorten the SSS fund life to 2026 instead of the current 2032, based on the SSS’ own computations” he added.

He said eight years was more than enough time for the government and SSS to find ways to increase its fund life.

He said SSS in 2001 declared that it had a fund life of only five years and yet it was able to increase this to 2042 in just 14 years.