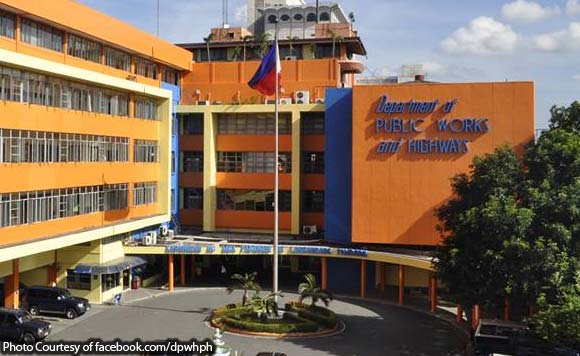 0 1,260
Share
Want more POLITIKO News? Get the latest newsfeed here. We publish dozens and dozens of politics-only news stories every hour. Click here to get to know more about your politiko - from trivial to crucial. it's our commitment to tell their stories. We follow your favorite POLITIKO like they are rockstars. If you are the politiko, always remember, your side is always our story. Read more. Find out more. Get the latest news here before it spreads on social media. Follow and bookmark this link. https://goo.gl/SvY8Kr

Admitting it cannot do the job alone, the Department of Public Works and Highways asked the public to report advertisements and campaign signs installed within road right-of-way.

The DPWH issued the appeal in the wake of recent reports of unauthorized gantry signs installed within the RROW of national roads.

Reports may be sent to the DPWH via its 24/7 call center Hotline 165-02; the DPWH website www.dpwh.gov.ph/dpwh; TXT 2920 for SMS; or via Facebook, www.facebook.com/dpwhph, and via Twitter, @DPWHph.

“Although DPWH field personnel nationwide continuously monitor and remove unnecessary signs within six meter easement on each direction of our national roads, we still ask the public to be of assistance and provide us with any information of RROW violations so we can immediately act them,” said Secretary Mark Villar.

Gantry signs, which are usually installed along roads to promote businesses or individuals especially during election season, are prohibited as they can distract motorists.

The DPWH said Presidential Decrees 17 and 1096 allows it to impose penalties to violators and file appropriate legal action against violators.

“Owners of signages obstructing government RROW are given 15 days to dismantle, otherwise DPWH Regional and District Engineering Office will have it removed pursuant to DPWH Department Order No. 73, series of 2014,” the DPWH said.