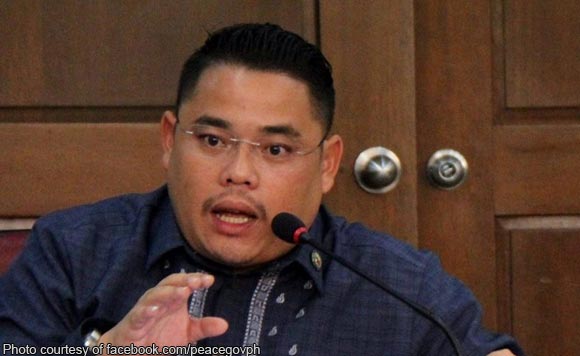 0 836
Share
Want more POLITIKO News? Get the latest newsfeed here. We publish dozens and dozens of politics-only news stories every hour. Click here to get to know more about your politiko - from trivial to crucial. it's our commitment to tell their stories. We follow your favorite POLITIKO like they are rockstars. If you are the politiko, always remember, your side is always our story. Read more. Find out more. Get the latest news here before it spreads on social media. Follow and bookmark this link. https://goo.gl/SvY8Kr

At the moment, he said these include China, which has already built up its military power in the West Philippine Sea.

“The country held almost countless military exercises with the US military forces, but we ended being our territories under foreign control, it is enough indication that it is useless for the Filipino people,” Casilao said in a statement.

The Makabayan lawmaker added that the US has its own agenda with China, and that the Philippines is “not a beneficiary nor an essential item” on that agenda.

He said that even with the Mutual Defense Treaty (MDT), the US has “stood still” on the issue of the West Philippine Sea being grabbed by China.

Casilao added that the continuing presence of foreign military forces in the country is an expression of contempt by the Duterte government to national sovereignty and territorial integrity.

“There is already the US, then Australia and Japan, with China in the West Philippine Sea, this is already an expression of a failing state losing control of its territory,” the lawmaker said.