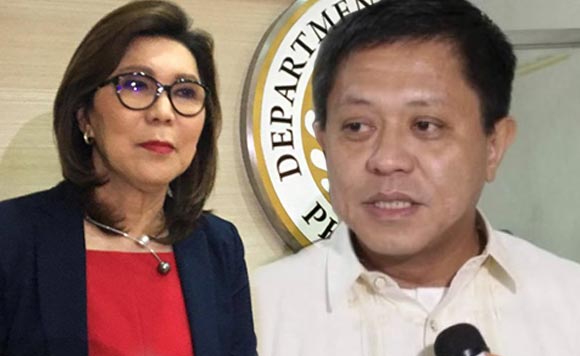 Tourism chief Wanda Teo should resign from her post to save herself from embarrassment if sacked by President Duterte, an opposition lawmaker said Monday.

Akbayan party-list Rep. Tom Villarin said despite Teo’s announcement that her brother Ben Tulfo’s Bitag Media Unlimited Inc. will return the P60 million it received to air the Tourism department’s ads on its program on PTV, “the deed is done, the doers undone.”

“The mental torment of their despicable act and President Duterte’s warning of a whiff of corruption and you’re out forced them to such decision,” the politiko said.

“It’s an afterthought when all things weigh against them not because their hands are clean,” he added.

Teo’s lawyer Ferdinand Topacio announced Monday that Teo and her brothers have agreed to return the P60 million after a family meeting.

But Villarin said that the Tulfo brothers’ act does not absolve Teo of her liability in the transaction.

“It doesn’t exculpate them from such wrongful acts and the Malacañang investigation of the DOT-Bitag Media P60-million deal should lead to a conclusive ending,” he said.

“The best option still is for Secretary Teo to resign so she won’t force the hand of President Duterte to axe her,” he added noting Duterte’s declaration of firing government officials “at the first whiff of corruption.”

For his part, ACT Teachers party-list Rep. Antonio Tinio said Teo’s announcement to return the money could be considered an “admission of guilt.”

“It will not efface the accountability of Secretary Teo for the improper transaction. She should still resign,” he said.