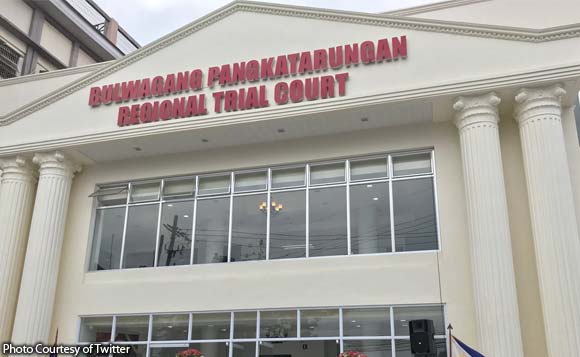 Justice Secretary Menardo Guevarra is set to file an appeal on the dismissal of drug charges against Customs broker Mark Taguba and eight others in connection with the smuggling of illegal drugs from China worth P6.4 billion last year.

Guevarra said he would ask a Valenzuela court to reconsider its decision to dismiss the case due to forum shopping.

He insisted that forum shopping was not committed when the Department of Justice filed criminal charges against the accused before the Valenzuela City court.

“We will file a motion for reconsideration of the order of dismissal in the Valenzuela case. There is no forum-shopping involved because transporting illegal drugs is a distinct act from importation,” Guevarra said.

“The act of importation ends at the Customs area. Transporting the drugs to Valenzuela is a separate act punishable under a different provision of the Dangerous Drugs Law,” he added.

Guevarra’s statement came after the Valenzuela City RTC, Branch 284, Judge Arthur Melicor granted the motion of Taguba and two other defendants, businessman Richard Chen and Teejay Marcellano, to dismiss the drug transportation and delivery case filed by the DOJ against them.

The court ruled that the prosecution’s move “clearly bears the hallmarks of forum shopping” and “betray [their] intent to secure favorable judgment from different courts.”

The prosecutors also filed drug charges against the nine accused before the Regional Trial Court of Manila City.

But Guevarra stressed that the cases were different from each other.

“Those two cases are distinct from each other and are based on different provisions of the Dangerous Drugs Law,” he said.

He is also optimistic that the recent decision of the Valenzuela court will not affect the case at the Manila RTC.