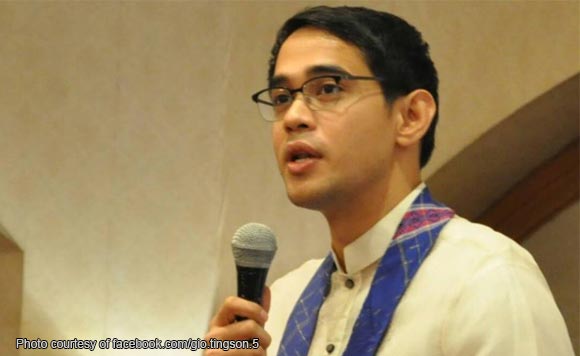 Akbayan party-list is thinking of filing a case against Tourism Secretary Wanda Teo in connection with the controversial P60-million ads placement on her brother’s show.

Akbayan spokesperson Gio Tingson said they will just wait for the result of the investigation being conducted by Malacañang before proceeding with the case.

Tingson however did not divulge what particular case they will file against the embattled Tourism chief.

Teo has been accused of conflict of interest after P60-million worth of advertising contracted by the Department of Tourism (DOT) with People’s Television Network Inc. (PTNI) was placed by the network on her brothers’ show, “Kilos Pronto.”

Teo denied accusations saying that she didn’t know where the ads were placed and her office signed a deal with PTNI and not Ben Tulfo’s Bitag Media Unlimited, Incorporated, which runs “Kilos Pronto.”

She claimed that it was PTNI that decided to place the ads on Kilos Pronto.

The Tulfo brothers meanwhile offered to return the P60 million paid to them by the tourism department.

President Duterte’s top aide Christopher Bong Go earlier said that the President has ordered an investigation into the controversy.