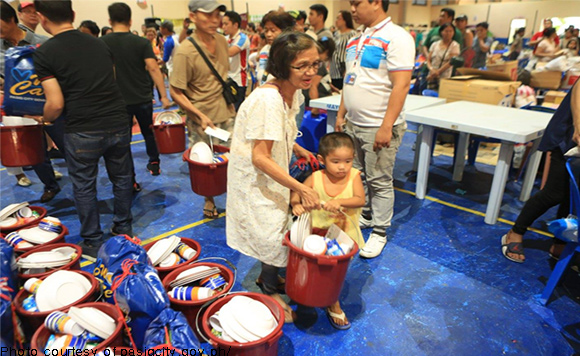 Victims of Friday’s fire in Pasig City weren’t unlucky after all.

This after Special Assistant to the President Sec. Bong Go visited them on Sunday upon the directive of President Duterte.

Photos of the visit were sent to the media on Monday with a brief detail about the visit.

It said that Go provided aid including gift certificates to the fire victims and even donated his own clothes and shoes.

Go apparently even swapped the shoes he was wearing for the slippers of one of the victims.

Go, who is supposedly eyeing a senatorial seat, also took time to hear the concerns of the victims regarding recovery and rebuilding of their homes.

Go also visited the wake of John Paul Lao, the lone casualty in the fire incident, where he promised to provide the plane tickets of the victim’s brother, who is based in Davao.

Go said that visiting fire victims has been the practice of Duterte in Davao and they intend to do the same whenever there is fire incident in Manila.