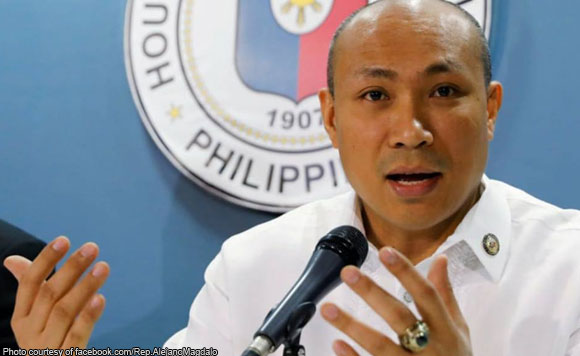 0 5,990
Share
Want more POLITIKO News? Get the latest newsfeed here. We publish dozens and dozens of politics-only news stories every hour. Click here to get to know more about your politiko - from trivial to crucial. it's our commitment to tell their stories. We follow your favorite POLITIKO like they are rockstars. If you are the politiko, always remember, your side is always our story. Read more. Find out more. Get the latest news here before it spreads on social media. Follow and bookmark this link. https://goo.gl/SvY8Kr

TERNATE, Cavite — Magdalo Rep. Gary Alejano said he is already gearing up for a possible Senate run in the 2019 polls, even if his party is yet to decide finally on who to field for the upcoming elections.

Alejano explained that his role now is to “prepare” himself, as he awaits the final decision of the Magdalo on who would be fielded for the 2019 elections.

His partymate, Senator Antonio Trillanes IV, has said last month in a media briefing with Senate reporters that Magdalo has initially agreed to field Alejano as its senatorial bet for 2019.

However, Alejano brushed this off as merely Trillanes’ personal comment.

The Magdalo representative ranked 38-54 in the latest Pulse Asia pre-election survey, which was dominated by re-electionist senators, with Senator Grace Poe in the lead.

Whoever Magdalo would field as senator could be running under an opposition coalition which, Alejano says, may be composed of the group of former mutineers, cause-oriented group Tindig Pilipinas, Akbayan Party and the formerly ruling Liberal Party.

He added that the inclusion progressive bloc in the House of Representatives, which include party-lists ACT Teachers, Gabriela, Bayan Muna, Kabataan and Anakpawis, could be “contentious.”

But Bayan Muna Rep. Carlos Zarate said he is not aware of any talks of Makabayan being included in an opposition slate for the 2019 polls.

“I am not aware of any plan to have talks for coalition to have a common slate in 2019,” Zarate said in a text message to Politiko.

Anakpawis Rep. Ariel Casilao also told Politiko that the Makabayan bloc is not in talks with the Liberal Party, Tindig Pilipinas and “especially Magdalo.”

Opposition Senator Bam Aquino has earlier teased that the opposition coalition for the 2019 polls would include new and unexpected faces, with some hailing from non-government organizations and even former political foes.

Aquino, however, has remained mum on who would form the slate, which Senate Minority Leader Franklin Drilon said would most probably not be completely filled up to make a 12-man lineup.