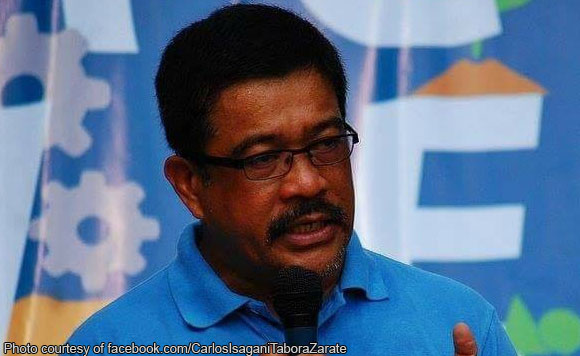 Is an arms race brewing in the South China Sea?

Bayan Muna partylist Rep. Carlos Isagani Zarate assailed China’s actions in the South China Sea which he described as “provoking an era of arms race and volatility in the Asia-Pacific region” following reports of Chinese installation of missiles on three Philippines-claimed reefs that China had turned into artificial islands.

“This is very alarming, as it is highly condemnable. It is in fact more than militarizing the WPS. China is effectively also implementing a creeping invasion of the Philippines, unfortunately, without even a whimper of protest from the Philippine government,” the Makabayan lawmaker said.

He was reacting to a CNBC report on Wednesday which said China has installed anti-ship cruise missiles and surface-to-air missile systems on three of its outposts in the South China Sea.

The report cited sources with direct knowledge of US intelligence reports.

The move, if confirmed, would mark the first Chinese missile deployments in the Spratly Islands, where several Asian countries including Vietnam and Taiwan have rival claims.

“We must not take this sitting down and we are challenging the Duterte administration to at least issue a diplomatic protest. We must also campaign against China’s provocative and militarist actions in the international community,” Zarate said.

“China is obviously exploiting the near the subservient stance of the Duterte administration; it’s now time to end this,” he said.