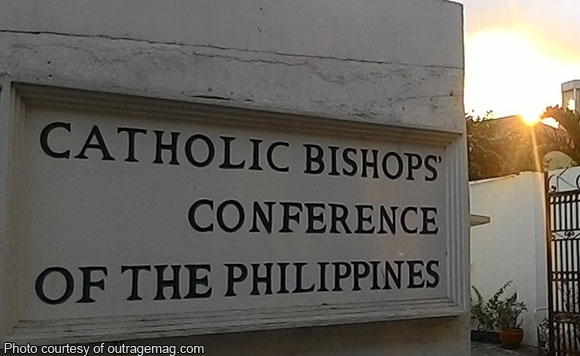 0 1,760
Share
Want more POLITIKO News? Get the latest newsfeed here. We publish dozens and dozens of politics-only news stories every hour. Click here to get to know more about your politiko - from trivial to crucial. it's our commitment to tell their stories. We follow your favorite POLITIKO like they are rockstars. If you are the politiko, always remember, your side is always our story. Read more. Find out more. Get the latest news here before it spreads on social media. Follow and bookmark this link. https://goo.gl/SvY8Kr

The Catholic Bishops’ Conference of the Philippines (CBCP) has released a prayer to be recited in every mass for the barangay and Sangguniang Kabataan elections.

The prayer was released on the eve of the start of the campaign period.

The Catholic bishops pray for voters to choose candidates “who will work for truth, justice, and the upliftment of human dignity”.

The prayer likewise sought Divine Providence for the “gift of discernment, so that we may wisely exercise the gift of suffrage.”

The prayer will be recited in all parishes starting May 6 until the eve of the elections, which is set on May 14.

It is suggested that it be said after the Post Communion Prayer of the Mass in all the masses and is available in English, Tagalog and Cebuano translations.

Continue Reading
barangay and Sangguniang Kabataan electionsCatholicCatholic Bishops' Conference of the PhilippinesDivine ProvidencePost Communion Prayer of the Mass
0 1,760
Share
Politiko would love to hear your views on this...
Trending News
More Stories