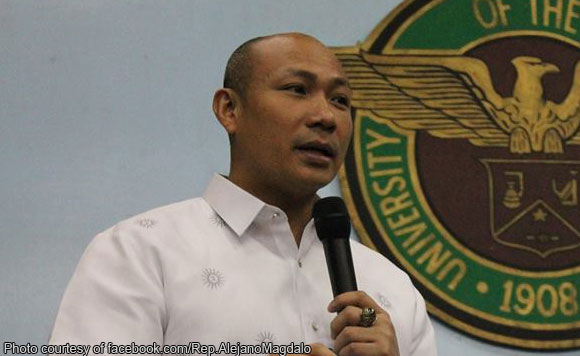 The politiko said China’s actions only shows its continuous aggression that threatens the Philippines’ national security.

“China continues to build up its military portfolio in the South China Sea despite its repeated pronouncements that it will not militarize the region,” Alejano said in a statement.

“The actions and continuous aggression of China in the West Philippine Sea are obviously threats to our national security,” he added.

With this development, Alejano again called on President Duterte to be vigilant and not to fall for China’s “sweet talks of investments and loans,” which he said “lull us into a false sense of security.”

“We must raise this matter in all possible forums as a grave concern not only to us, but to the whole region. The recent events also heighten the need to have a legally binding Code of Conduct as soon as possible,” he added.