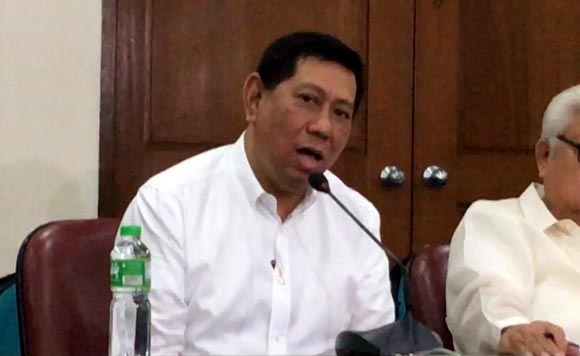 The Pulse Asia survey showing a growing opposition to the move to amend the 1987 Constitution to federalize the republic is “a very clear indication that a vast majority of the the Filipino people finds it unacceptable to change,” Caloocan City second-district Rep. Edgar Erice said.

“I acknowledge that there are some provisions in our Constitution that must be change or improved such as the manner of implementing its anti political dynasty provision and the multi party system,” the Magnificent 7 lawmaker said.

But the people likely do not trust the lawmakers vigorously pushing for it, Erice said, without naming names.

“I suspect that the people do not trust the the prime movers of the Cha-Cha specially those in Congress,” he told reporters.

“The ulterior motives of those pushing for it is quite obvious to the people. The term extension, no election scenario and the fact that a new constitution may give in to allow China to directly exploit our natural resources in the WPS (West Philippine Sea) are issues that would raise eyebrows,” Erice said.

“A Con-Con (constitutional convention) is the only viable venue where we can come up with a well studied constitution,” instead of a Constituent Assembly, he said.

Pulse Asia found that 64 percent of Filipinos were opposed to Charter change compared to only 44 percent two years ago.