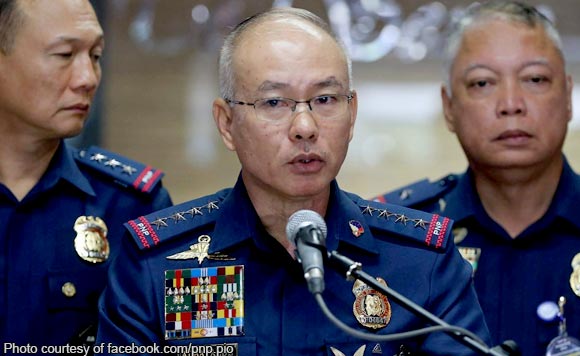 MANILA— The Philippine National Police (PNP) has relieved from their posts three policemen who were shown in a viral video confronting a man in his house over a traffic incident in Caloocan City.

In a statement, PNP chief Oscar Albayalde said he has ordered the relief of PO1 Rendel Soriano of Caloocan Police Station, and his brothers PO3 Ralph Soriano of Northern Police District and PO1 Reniel Soriano of Drug Enforcement Group based in Camp Crame, Quezon City.

In a video that became viral on social media, the three brothers, onboard motorcycles and handguns tucked in their waistbands, confronted a certain Ricardo Malaya over a traffic incident.

Albayalde said Senior Supt. Restituto Arcangel, Caloocan chief of police, has initiated an investigation against the police officers who might be facing grave threat, grave oral defamation and alarm and scandal charges. The three cops can also be slapped with the violation of the election gun ban for bearing arms while not in uniform.

“I am reminding all our police officers to extend their patience in dealing with the public especially that we are in public service. I also reiterate that police officers must always showcase discipline and should conduct themselves properly all the times,” Albayalde said.

“Again, we will not tolerate any abuse by any police officer and I extend my gratitude to the public for supporting our internal cleansing program. Additionally, I also ask that you report the good deeds of our police officers so we can give them due recognition,” he added.(PNA)