Tinio on drop in Duterte’s trust rating: This is not a fluke 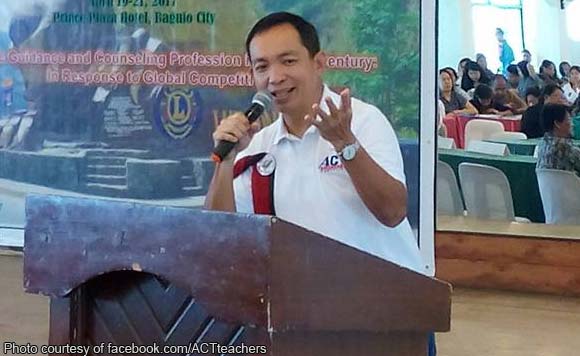 0 1,027
Share
Want more POLITIKO News? Get the latest newsfeed here. We publish dozens and dozens of politics-only news stories every hour. Click here to get to know more about your politiko - from trivial to crucial. it's our commitment to tell their stories. We follow your favorite POLITIKO like they are rockstars. If you are the politiko, always remember, your side is always our story. Read more. Find out more. Get the latest news here before it spreads on social media. Follow and bookmark this link. https://goo.gl/SvY8Kr

ACT Teachers partylist Antonio Tinio predicted that the 10-point drop in the ratings of President Rodrigo Duterte based on the latest Social Weather Stations survey was the start of a downward trend.

The Makabayan lawmaker noted that the drop in Duterte’s trust ratings happened “despite the best efforts of the massive ‘fake news’ apparatus deployed by the administration to shore up Duterte’s popularity.”

“The drop in ratings is not a fluke or temporary setback, but the start of a downward trend,” Tinio said.

“As they say, you can’t fool everybody all the time,” he added.

He was reacting to the first quarter survey of SWS survey conducted from March 23 to 27, which found that Duterte got a net trust rating of “very good” +65, a 10 point decrease from his “excellent” +75 in December 2017.

“This was inevitable as more and more people are realizing that Duterte’s promise of change is nothing but a sham,” Tinio said.