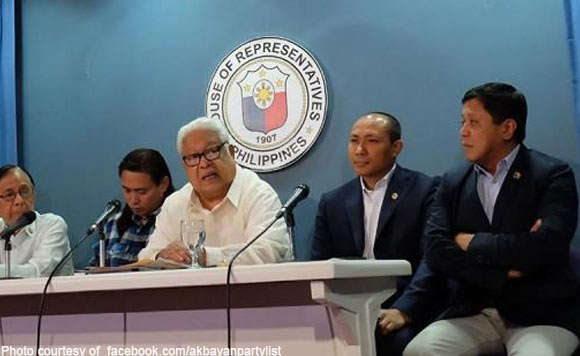 Magdalo partylist Rep. Gary Alejano and Akbayan partylist Rep. Tom Villarin expressed reservations about the order of President Rodrigo Duterte to the Philippine Drug Enforcement Agency to release a list of barangay officials involved in drugs ahead of the May barangay and SK elections.

“The rule of law and due process must always prevail in these cases,” according to Alejano.

“If there is substantial evidence linking these officials to illegal drugs, then by all means, they should be held criminally liable. I emphasize ‘substantial evidence’ as a precursor because there were instances wherein the president released the narco-list, only to follow it up by retracting several names included in it,” he said.

“These blunders certainly cast doubt on the accuracy of the said drug list,” Alejano said.

For his part. Villarin said PDEA should be discerning enough to determine an unlawful order from a lawful one.

“It’s an infraction of due process and clear violation of the Constitution. It’s another one of those bullying tactics and to inject into the electoral agenda his failed war on drugs,” Villarin said.