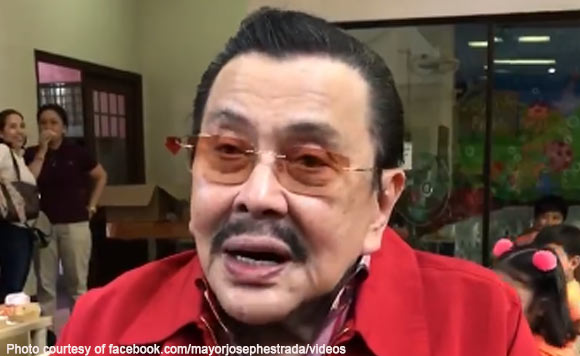 Public office should be spared from drug addicts and corrupt people.

He told voters not to elect candidates who are corrupt and are involved in illegal drug trade.

“This will be an opportune time for voters to choose their local leaders who would make their barangay more safe and clean to live,” the politiko said.

The former President stressed that the May 14 elections is also a chance to replace local barangay officials who continue to abuse their positions by protecting criminals and drugs pushers and users.

He meanwhile warned candidates not to engage in early campaigning noting that the official campaign period will start on May 4 to 12.

He also urged local candidates to observe the Commission on Elections campaign rules and guidelines particularly on overspending, vote buying, political propaganda, and use of campaign materials.

The Comelec said candidates can only use lawful election materials such as pamphlets, leaflets, stickers and posters that measures no more than 2 feet by 3 feet.

The poll body has set up common poster areas and violations of the Comelec’s order would mean outright disqualification.