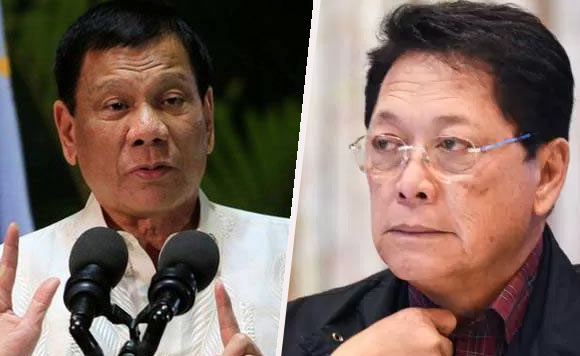 Citing “rumors,” a lawmaker from the House of Representatives claimed President Rodrigo Duterte would be sacking Labor Secretary Silvestre Bello III as a scapegoat for failing to end contractualization or “endo.”

“We have received reports. Kasi unang-una, ang style ni Duterte, he always looks for a fall guy. And that has been his way of governance,” Akbayan party-list Rep. Tom Villarin said.

“To appease the workers, I think ang gagawin na naman ni Duterte ay maghahanap na naman ng fall guy, and I think that would be the head of Secretary Bello,” Villarin said.

Duterte has previously said Bello would be resigning to focus on his senatorial bid, but this was denied by the labor secretary.

This comes amid reports that the President will be revamping his Cabinet and after Duterte reneged on his promise to sign an executive order banning contractualization.

If rumors about revamping the Cabinet are true, Villarin said Duterte should look into Bellos’ performance, which he dubbed as “wanting.”

“If you look at the performance of Secretary Bello, talagang napakababa. And if ever kung the President would fire him, there are grounds na talagang matanggal siya,” Villarin said.