Are Kris Aquino, Herbert Bautista getting back together? 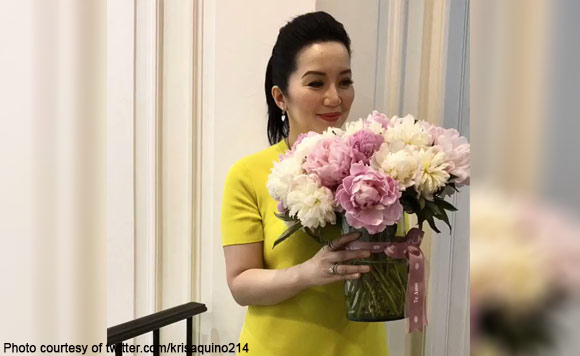 0 1,067
Share
Want more POLITIKO News? Get the latest newsfeed here. We publish dozens and dozens of politics-only news stories every hour. Click here to get to know more about your politiko - from trivial to crucial. it's our commitment to tell their stories. We follow your favorite POLITIKO like they are rockstars. If you are the politiko, always remember, your side is always our story. Read more. Find out more. Get the latest news here before it spreads on social media. Follow and bookmark this link. https://goo.gl/SvY8Kr

Is he the HB who sent these flowers?

Kris Aquino has again made it to the news after she exploded due to her fury against ex-husband James Yap and TV host Korina Sanchez.

The wind blew differently a day later as a calm, sober, and giddy Kris surfaced on Twitter.

Aquino posted a video collage of herself and a bunch of flowers, hinting that some “HB” sent them to her.

It even came with the track “Getting to Know Each Other” playing in the background.

Aquino had once dated Quezon City Mayor Herbert Bautista, although they were reported to have broken up. The actress had once said he is her favorite ex.

Is this a fresh start for the two of them?