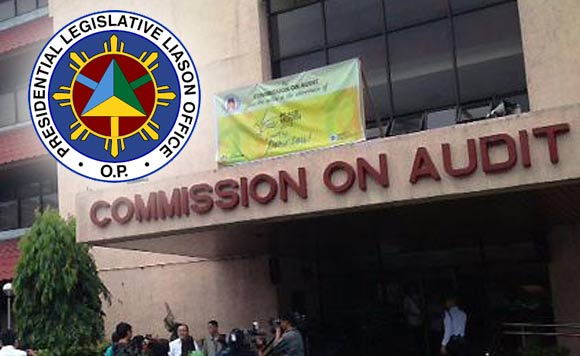 The Commission on Audit (COA) has questioned the Presidential Legislative Liaison Office (PLLO) for spending millions for excessive number of consultants.

In an audit report released on April 18, COA said the PLLO spent P3.070 million for nine consultants who could “be dispensed with” as their duties overlapped with regular employees.

“Verification of accomplishment reports supporting the claims for the period July 1-December 31, 2017 revealed that the tasks performed by these consultants overlap with the duties and responsibilities of regular personnel or can basically be provided by the contract of service personnel,” COA said noting that PLLO paid a total of P4.095 million for its consultancy services.

The report said the monthly salaries of the consultants ranged from P30,000 to P60,000.

The same report revealed that the manpower of the PLLO, excluding the consultants, exceeded the 38 authorized positions based on the Summary of Filled and Unfilled Plantilla Positions as of December 31, 2017.

COA said the PLLO hired a total of 56 individuals for various positions — 36 under the regular plantilla and 20 contractuals.

COA likewise questioned the process of hiring of PLLO saying that the consultants did not submit their curriculum vitae.

“Stop the practice of hiring consultants for tasks which do not require expertise and that can be performed by the regular employees. Benchmark the rate of consultants hired by similar agencies as to the size and budget of PLLO,” COA said.

“Practice prudency in spending government funds and discontinue the practice of paying exorbitant salaries to consultants,” it added.