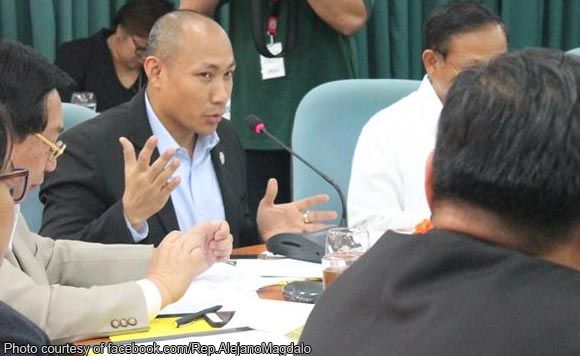 0 639
Share
Want more POLITIKO News? Get the latest newsfeed here. We publish dozens and dozens of politics-only news stories every hour. Click here to get to know more about your politiko - from trivial to crucial. it's our commitment to tell their stories. We follow your favorite POLITIKO like they are rockstars. If you are the politiko, always remember, your side is always our story. Read more. Find out more. Get the latest news here before it spreads on social media. Follow and bookmark this link. https://goo.gl/SvY8Kr

“It is simply preposterous for Foreign Affairs Secretary Cayetano to assert the principles of sovereignty and non-interference in calling out the European Parliament on its resolution urging the end of drug war-related killings,” he said.

“I wonder where the Duterte administration gets its audacity to tout such principles when on the other hand it completely bows down to China’s demands,” the Magnificent 7 lawmaker said.

“Now, even human rights advocates are considered threats to national security, while China’s continuous militarization of the South China Sea is being downplayed,” Alejano said.

“For the Dutere administration, sovereignty, non-interference, and mutual respect are only asserted when convenient and when they serve their interests. We cannot expect even an inch of sincerity from this administration in preserving these values,” he said.