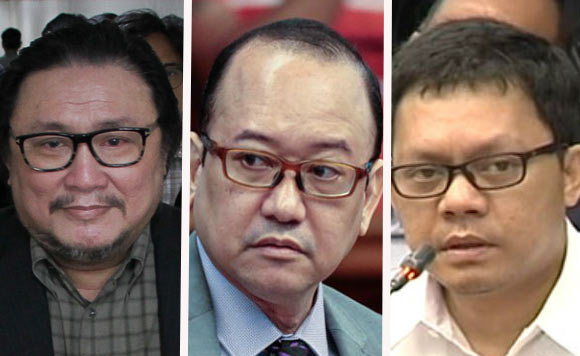 0 698
Share
Want more POLITIKO News? Get the latest newsfeed here. We publish dozens and dozens of politics-only news stories every hour. Click here to get to know more about your politiko - from trivial to crucial. it's our commitment to tell their stories. We follow your favorite POLITIKO like they are rockstars. If you are the politiko, always remember, your side is always our story. Read more. Find out more. Get the latest news here before it spreads on social media. Follow and bookmark this link. https://goo.gl/SvY8Kr

The Sandiganbayan 6th Division has issued a resolution which turned down Sombero’s motion seeking his transfer to the Custodial Center of the Philippine National Police (PNP) in Camp Crame, Quezon City.

“This Court resolves to deny accused Sombero’s Urgent Ex-Parte Motion, it appearing that the PNP Custodial Center only accommodates detainees on a temporary basis, pending their transfer to the appropriate detention facility,” ruled the court which cited the opposition from Custodial Center hear, Chief Insp. Romulo Flores II.

On the other hand, the court noted that both Argosino and Robles withdrew their motion seeking the transfer to the PNP Custodial Center.

The three have been charged before the Sandiganbayan with plunder, graft, direct bribery and violating Presidential Decree No. 46 which punishes officials for receiving gifts from private individuals.

Under the plunder charges, Argosino and Robles have been accused of receiving from Sombero P50 million in bribe money from Chinese gambling tycoon Jack Lam in exchange for assistance in the release of 1,316 illegal Chinese workers.