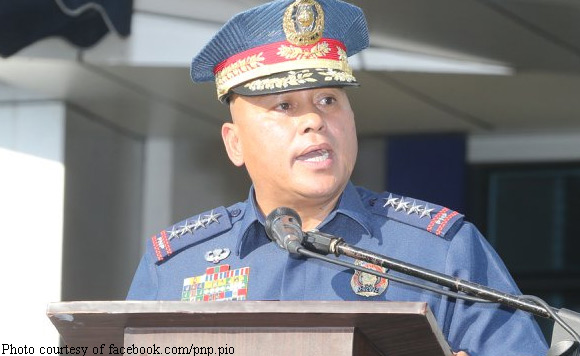 The Philippine National Police (PNP) on Wednesday said it would have to get President Rodrigo R. Duterte’s approval before it can submit to the Supreme Court (SC) documents in connection with the government’s war on drugs.

This was stated by outgoing PNP Chief Ronald dela Rosa as t the PNP already asked for more time to comply with the SC order to produce such records, particularly in connection with the nearly 3,000 deaths arising from anti-drug operations.

Incoming PNP Chief Oscar Albayalde, for his part, echoed dela Rosa’s position, saying they wait for the Malacanang’s approval before submitting documents to the high court but said there had been a similar compliance to submit documents to the Senate when the body was conducting its parliamentary inquiries on the PNP.

Albayalde reiterated his office is preparing to submit all documents once approved by the President.

In a resolution dated April 10, the high court, in the consolidated cases of Aileen Amora et.al. vs. Dela Rosa and Juanita Dano et.al. vs. dela Rosa, denied Solicitor General Jose Calida’s motion for reconsideration against the SC order requiring the PNP to produce the said documents.

Calida claimed the documents particularly those on individuals who are subject of the government’s war on drugs required contain sensitive information that may affect national security.

“This Court would like to determine for itself, through the existence of the requested information and documents, whether the conduct of operations were indeed done in the performance of official functions. Indeed, this Court is not a trier of facts, and it is not within our jurisdiction to determine questions of fact and evaluate the truthfulness of the contents. In ordering the production of the documents, the Court exercises its judicial power to protect and enforce inherent rights,” the SC’s 55-page resolution on the matter said.

PNP spokesman Chief Supt. John Bulalacao, for his part, said “the PNP maintains the lawful legitimacy of all police operations carried out to implement exiting laws against illegal drugs”.

He reiterated that all opertations are conducted with “due diligence, proper authority and keen observance of prescribed police operational procedures or rules of engagement, including procedural response by police personnel to extreme situations when their own lives are put in imminent danger.”

“If at all there is valid reason to cry foul over any police operation that resulted in death to the violator, then by all means the PNP and the concerned personnel will squarely face the charges in the proper forum. But any attempt to manipulate public opinion against the PNP based on sweeping halftruths is most uncalled for,” Bulalacao said. (PNA)