Alejano on Duterte’s HK visit: A big waste of time and people’s money 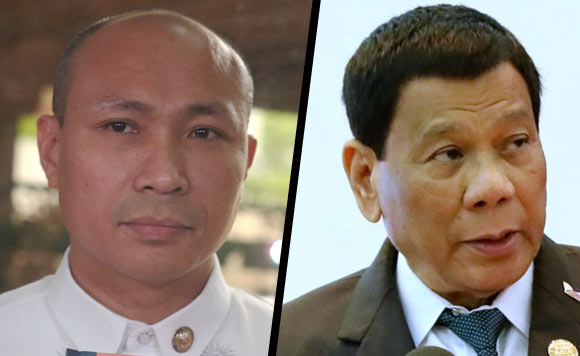 0 9,710
Share
Want more POLITIKO News? Get the latest newsfeed here. We publish dozens and dozens of politics-only news stories every hour. Click here to get to know more about your politiko - from trivial to crucial. it's our commitment to tell their stories. We follow your favorite POLITIKO like they are rockstars. If you are the politiko, always remember, your side is always our story. Read more. Find out more. Get the latest news here before it spreads on social media. Follow and bookmark this link. https://goo.gl/SvY8Kr

President Rodrigo Duterte’s working visit to Hong Kong this week was a big waste of taxpayers’ money as it was just a “wasteful personal junket or wining and dining for himself, his family members and his large entourage,” Magdalo partylist Rep. Gary Alejano said Friday.

Duterte’s visit to the Chinese territory followed his attendance to the Boao Forum for Asia in the mainland. He is reported to have brought home $9.5 billion in investement agreements from Hainan.

But Alejano said Duterte’s visit to Hong Kong accomplished nothing by comparison.

It was during a speech in Hong Kong when Duterte publicly apologized for the Manila bus hostage tragedy in 2010, which killed eight Hong Kong tourists. He was not yet President then.

“Aside from giving a speech to about 2,000 mostly Filipino domestic helpers in Hong Kong and supposedly dining in a fastfood chain, all for PR purposes, what has his so-called ‘working visit’ achieved for the benefit of our country and people? Nothing!” said Alejano.

“He has sacked some officials for overseas junkets or trips. But he has done it himself just now in Hong Kong with his family members and a large entourage, dining and sightseeing in that city, presumably with taxpayers’ paying for the considerable costs of their stay in Hong Kong. Isn’t this hypocrisy in the highest order?” Alejano said.

“Millions of pesos must have been spent by Duterte and his entourage during their Hong Kong junket. Why weren’t these millions of pesos used instead to help poor rice farmers by buying their palay at even P22 per kilo so the NFA will immediately have stocks of cheap rice that they can sell at just P28 to P30 per kilo to poor Filipinos? How can poor Filipinos find cheap rice from the NFA if Duterte and his officials are spending taxpayers’ money enjoying the good life in Hong Kong and other overseas junkets,” Alejano added.