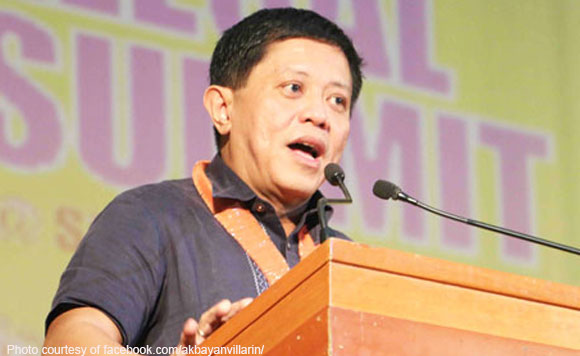 “PRRD’s numbers are holding but on an artificial level propped up by massive government spending and revving up the state’s machinery to support an imploding regime as elections draw near,” the Magnificent 7 lawmaker said.

“His ratings shot up in the Visayas as PDP-Laban did a high profile recruitment drive and info campaign but dropped in balance Luzon as majority in the island are lukewarm to PRRD’s charter change drive and alienated by regionalistic politics,” Villarin noted.

“NCR is on a wait and see with just a one point drop but will feel the brunt of rise in prices of basic goods, rice shortage, unsolvable traffic problem, and failure to stop Endo,” he added.

But Villarin said he does not expect Duterte’s satisfaction to remain high as a result of the administration’s obvious attempts to unseat Chief Justice Maria Lourdes Sereno.

“The oust-Sereno drama is also polarizing people and exposing the machinations of PRRD against another woman critic. This would likely lead to a significant drop in his support in the next survey,” he said.