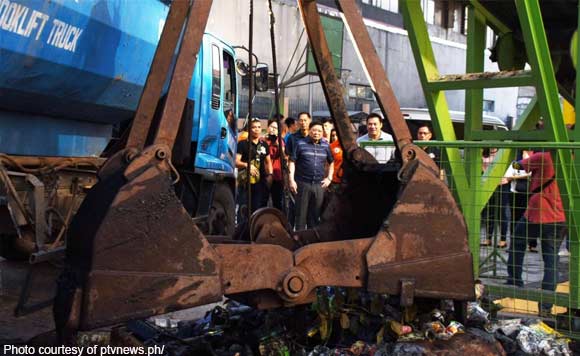 0 1,533
Share
Want more POLITIKO News? Get the latest newsfeed here. We publish dozens and dozens of politics-only news stories every hour. Click here to get to know more about your politiko - from trivial to crucial. it's our commitment to tell their stories. We follow your favorite POLITIKO like they are rockstars. If you are the politiko, always remember, your side is always our story. Read more. Find out more. Get the latest news here before it spreads on social media. Follow and bookmark this link. https://goo.gl/SvY8Kr

The Metropolitan Manila Development Authority (MMDA) has declogged a major waterway in Binondo, Manila as part of its yearly flood mitigation activity, Estero Blitz, in preparation for the rainy season.

Heaps of trash and debris in Estero de Binondo clog up the pumping of flood waters in the pumping stations, Lim said.

“Our dredging operations in the area will continue to maintain the cleanliness of Estero de Binondo and nearby waterways,” he said in a statement.

The agency will seek the assistance of Manila City Hall and the Department of Environment and Natural Resources to trace the source of the water waste and to check whether it is treated or not.

“We will coordinate with the authorities to sanction establishments that throw their garbage directly to esteros and other waterways,” Lim said, appealing to the public to refrain from throwing their garbage in waterways.

Photos of Estero de Binondo teeming with trash became viral on social media a few months ago, prompting the MMDA to prioritize cleaning the area.