Damay-damay na ‘to: Opposition lawmakers says Duterte admin should be held liable over Dengvaxia mess too 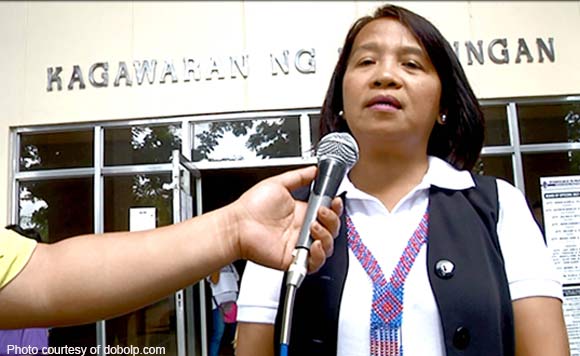 0 795
Share
Want more POLITIKO News? Get the latest newsfeed here. We publish dozens and dozens of politics-only news stories every hour. Click here to get to know more about your politiko - from trivial to crucial. it's our commitment to tell their stories. We follow your favorite POLITIKO like they are rockstars. If you are the politiko, always remember, your side is always our story. Read more. Find out more. Get the latest news here before it spreads on social media. Follow and bookmark this link. https://goo.gl/SvY8Kr

The current administration should not be spared from any accountability over the controversial dengue vaccination program.

Several opposition lawmakers questioned the findings of the Senate blue ribbon committee headed by Senator Richard Gordon saying that the recommendation appeared to be incomplete and partial.

She urged the committee to make a complete and objective report on its investigation and include officials of the current administration believing that they are also liable.

“[Gordon] is silent on the role played by the Duterte administration in perpetuating the same, despite the availability of more information and studies regarding the risks of the experimental vaccine,” he said in a separate statement.

“We hope that the Senate as a whole will not allow its investigation into this issue to be reduced to yet another one-sided and partisan exercise but will ascribe accountability to all who played a role in exposing the health and safety of hundreds of thousands of Filipinos to undue risk,” he added.

For his part, Magdalo party-list Rep. Gary Alejano said that the Senate draft report has no appreciation of facts and solid evidence.

He added that politics and personal issues should not play a part on the investigation into the issue.

“Unless this is effectively addressed, more children could be put in danger,” he added.