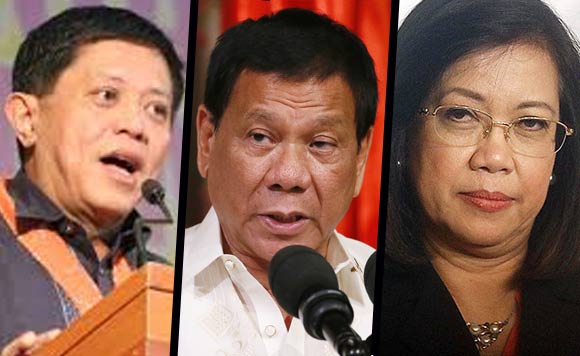 “The President is playing ‘god’ and arrogating unto himself powers over Congress and the Speaker meekly submitting to his whims,” the Magnificent 7 lawmaker said in a statement.

“It is indeed a day full of ironies when a President orders a co-equal branch in Congress to fast-track an impeachment against the Chief Justice whom he declares an enemy,” he said.

“The rationale of Chief Justice Sereno in asking to explain why the Solicitor General, an alter ego of the President, filed a quo warranto case against her is a valid legal argument. As a lawyer, the President should know better than burst in a fit of rage,” he said.

“If he has no hand in filing the petition, the President should let Solgen Calida do the explaining in the proper forum. As the case is now heard by the Supreme Court en banc, such statement by the President is uncalled for as the matter is sub judice,” Villarin added.