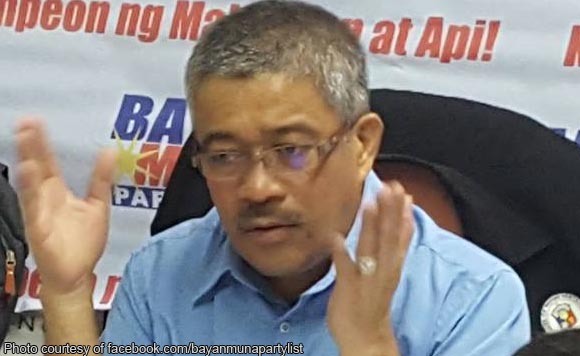 Bayan Muna partylist Rep. Carlos Isagani Zarate called on President Rodrigo Duterte to listen to the appeal of the people of Marawi to “intervene in the rehabilitation of Marawi City and let the Maranao people lead the rebuilding of their city and preserve their cultural identity.”

He said certain business interests couldn’t wait to get their hands on lucrative projects from the multibillion rehabilitation fund for the city ravaged by fighting between government and rebel forces.

“We strongly urge Pres. Duterte, who traces his roots in Marawi, to heed their call and not be swayed by business interests, both local and foreign, who are now salivating over the area’s multibillion rehab fund,” said the Makabayan solon.

Zarate also warned that “the ongoing Martial law in Mindanao can also be used as a smokescreen so that rehabilitation operations in Marawi would be conducted without bidding.”

“It can be used to short-circuit and even do away with the rules on bidding and procurement process, which can potentially open windows for graft and corruption for this multibillion program,” he said.

According to the Office of Civil Defense the Duterte administration would have to shell out at least P51.6 billion for the ravaged city.

“Concerned citizens from all over the country and even abroad should band together and heighten our call to immediately lift Martial Rule in Mindanao, scrutinize and guard the rehabilitation of Marawi to ensure that the majority of Maranaos would be the ones to benefit and not military or business interests,” he said.