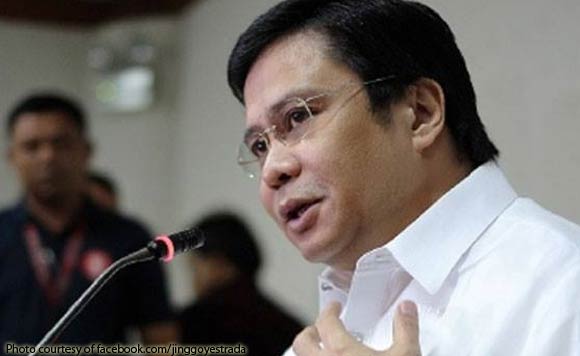 0 679
Share
Want more POLITIKO News? Get the latest newsfeed here. We publish dozens and dozens of politics-only news stories every hour. Click here to get to know more about your politiko - from trivial to crucial. it's our commitment to tell their stories. We follow your favorite POLITIKO like they are rockstars. If you are the politiko, always remember, your side is always our story. Read more. Find out more. Get the latest news here before it spreads on social media. Follow and bookmark this link. https://goo.gl/SvY8Kr

Pauline Labnayen, co-accused and former aide of former Senator Jinggoy Estrada, has been charged for failing to disclose her properties in her Statements of Asset, Liabilities, and Net worth (SALN).

The Office of the Ombudsman filed the case after finding probable cause to indict her with four counts of perjury and four counts of violating the Code of Conduct and Ethical Standards for Public Officials and Employees.

Under the charges, Labayen is accused of having failed to disclose two real estate properties in her SALNs in 2008 and from 2010 to 2012.

In 2008, Labayen did not include her ownership of a condominium unit at The Manila Residences in Malate, Manila.

While in the succeeding SALNs, Labayen failed to disclose her ownership of a condominium unit at the Makati Executive Tower IV.

In the meantime, Labayen remains at large after having fled the country in 2013.