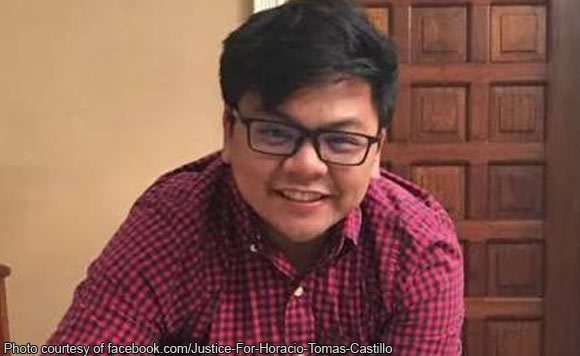 0 3,843
Share
Want more POLITIKO News? Get the latest newsfeed here. We publish dozens and dozens of politics-only news stories every hour. Click here to get to know more about your politiko - from trivial to crucial. it's our commitment to tell their stories. We follow your favorite POLITIKO like they are rockstars. If you are the politiko, always remember, your side is always our story. Read more. Find out more. Get the latest news here before it spreads on social media. Follow and bookmark this link. https://goo.gl/SvY8Kr

The suspects in the death of University of Santo Tomas (UST) law student Horacio “Atio” Castillo will not evade their impending arrests.

Ampuan denied Trangia’s motion to suspend the issuance of a warrant of arrest on the basis of continuous trial.

Meanwhile, Chan, Salamat, Balag, Rodrigo and Ramos’ motions for bail will be set for hearing only after the court has determined probable cause and only after their arraignment and pretrial.