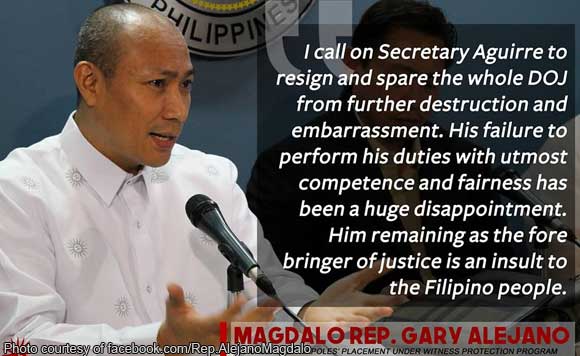 0 613
Share
Want more POLITIKO News? Get the latest newsfeed here. We publish dozens and dozens of politics-only news stories every hour. Click here to get to know more about your politiko - from trivial to crucial. it's our commitment to tell their stories. We follow your favorite POLITIKO like they are rockstars. If you are the politiko, always remember, your side is always our story. Read more. Find out more. Get the latest news here before it spreads on social media. Follow and bookmark this link. https://goo.gl/SvY8Kr

It’s the grandest insult to the country’s justice system.

On Friday, March 16, the Department of Justice (DOJ) announced that they are have granted provisional protection for Napoles, years after being put under trial for multiple counts of plunder.

“The department that is supposed to be the bastion of justice has become a clearing house of those who violated laws of the land and has been used instead to harass the opposition,” Alejano said in disgust.

“I call on Secretary Aguirre to resign and spare the whole DOJ from further destruction and embarrassment. His failure to perform his duties with utmost competence and fairness has been a huge disappointment.”