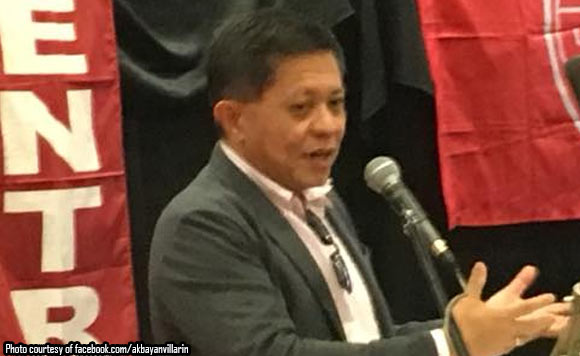 The Department of Justice is setting up pork barrel queen Janet Lim Napoles as an instrument to implicate officials from the Aquino administration by admitting her as a state witness under the Witness Protection Program.

This was the conjecture of Akbayan partylist Rep. Tom Villarin, who saw the DOJ’s move as a way of weaponizing the justice system to silence critics in the opposition.

“Under the watch of Secretary Vitaliano Aguirre, our justice system is weaponized to go after the political opposition,” the Magnificent 7 lawmaker said.

“Now Napoles who masterminded the P10-B pork barrel scam is now admitted to the witness protection program. After the DOJ prosecutors absolved confessed drug lord Kerwin Espinosa, Peter Lim, Peter Co, among others, and after using them against Sen Leila De Lima, now Aguirre is setting up Napoles as state witness to implicate former officials of the Aquino administration including incumbent elected officials,” Villarin said.

He said the grand narrative is to “silence any opposition to Duterte using DOJ’s prosecutorial powers, using discredited witnesses like convicted drug lords and Napoles as well as pseudo-justice crusaders like VACC.”

“Even without sufficient evidence, cases are filed and projected in the media to condition our minds that the accused are guilty even without trial to strike fear on their targets. The fake war on drugs that killed thousands and put to prison Sen De Lima, however, did not get its desired result of silencing the opposition of our people,” Villarin said.

No such thing as weekend: Emi Calixto Rubiano continues work…