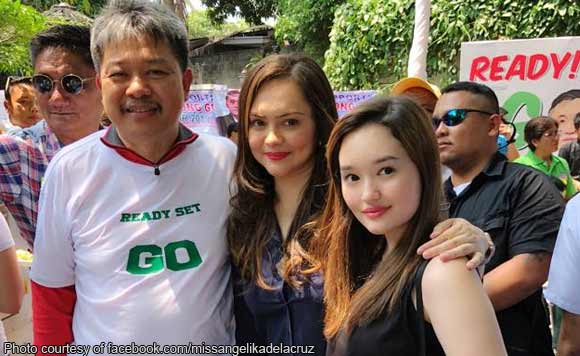 Veteran actress and Malabon Barangay Captain Angelika dela Cruz has joined the clamor for Special Assistant to the President (SAP) Christopher Lawrence “Bong” Go to run for a Senate seat in 2019.

Dela Cruz was spotted along with her sister Mika and other celebrities during the “Ready, Set, Go!” movement, prodding President Duterte’s most trusted aide to run in the mid-term elections.

Go, who is known for his title “Selfie King” for photobombing numerous people including famous world leaders like US President Donald Trump, earlier dismissed calls for him to run in the elections.

However, Go seemed to be changing his tune after saying last week that his candidacy would depend on his boss (President Duterte).