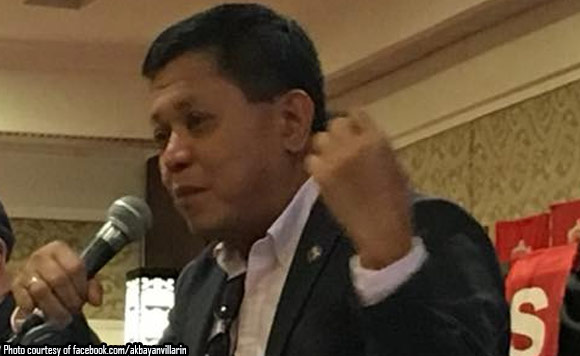 “Atty Gadon amazes us no end by his publicity stunts against CJ Maria Lourdes Sereno. In January this year, he also filed a graft complaint at the Department of Justice against the Chief Justice for non-filing of SALNs,” the Magnificent 7 lawmaker said.

“This after an impeachment case was already ongoing in the House. Now after the Justice Committee decided there was probable cause for impeachment, not ‘resting’ on his seeming success, Gadon again tries another stunt,” he said.

“By filing another complaint with the DOJ (Department of Justice) against an official immune from suit, at the wrong office at that, exposes Atty. Gadon’s ignorance of the law and stretching our patience over his not-so comical ways of hugging attention,” Villarin said.

Gadon filed graft complaints before the DOJ against Sereno over the Supreme Court’s hiring of an IT consultant for exorbitant fees and the delayed release of survivorship benefits to the spouses of retired justices and judges.

No free pass: Joy Belmonte orders crackdown on violators of…