Zarate: Darker days ahead with grant of subpoena powers to PNP, CIDG 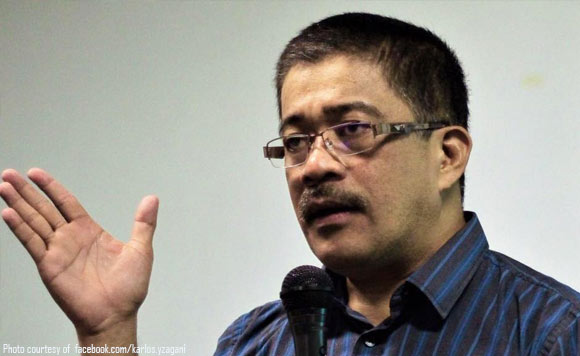 Bayan Muna partylist Rep. Carlos Isagani Zarate said darker times are looming as President Rodrigo Duterte signed Republic Act No. 10973 granting the Philippine National Police chief and the director and deputy director of the Criminal Investigation and Detection Group (CIDG) the authority to issue a subpoena and subpoena duces tecum in relation to its investigation.

“Darker times are indeed looming with the enacment of this law along with the current human rights situation in the country today,” the Makabayan lawmaker said.

“This law would grant additional powers to the PNP-CIDG that can potentially be subjected to abuse and further human rights violations,” Zarate said, adding that only the seven-member Makabayan Bloc opposed the measure when it was passed last year by the lower house.

“Ironically, while the PNP is now given this Marcosian era like subpoena power, it refuses to become fully transparent and accountable for the government’s bloody war on drugs,” he said.

Zarate said, ”It would not also be a surprise if the PNP-CIDG would abuse their newly minted sub-poena powers to harass and opprress progressives.”

“This is a virtual order of battle and clearly part of the state’s vilification campaign that the Duterte administration is continuing and raising to a new level. It is straight out of the bag off tricks of the past regimes, like the dictator Marcos and the hated Macapagal-Arroyo regimes that also tried and failed to suppress and eliminate their principled and organized critics and the opposition,” he said.