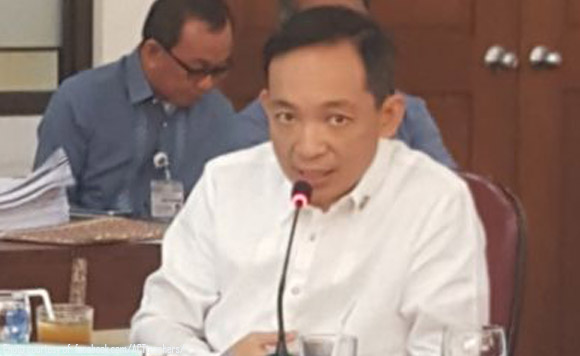 0 5,349
Share
Want more POLITIKO News? Get the latest newsfeed here. We publish dozens and dozens of politics-only news stories every hour. Click here to get to know more about your politiko - from trivial to crucial. it's our commitment to tell their stories. We follow your favorite POLITIKO like they are rockstars. If you are the politiko, always remember, your side is always our story. Read more. Find out more. Get the latest news here before it spreads on social media. Follow and bookmark this link. https://goo.gl/SvY8Kr

“Duterte and his tyrannical regime deserve the harshest condemnation from all quarters,” the Makabayan lawmaker said.

The UN official was quoted as saying, “It makes one believe that the president of the Philippines needs to submit himself to some sort of psychiatric evaluation.”

“The self-righteous indignation sputtering from DFA Secretary Cayetano and Presidential Spokesperson Roque as they protest the alleged ad hominem insult… is truly laughable, coming from the alter egos of a President whose preferred mode of discourse is ad hominem,” Tinio said.

He recalled how Duterte has gained “global notoriety” for insulting heads of state, including Pope Francis and former US President Obama, and spewing vulgar, sexist, and racist verbal abuse against UN officials, domestic political opponents, and even the poor and homeless.

“Evidently, Malacañang can dish it out but can’t take it,” he said.

“What’s truly appalling is that Cayetano and Roque are invoking the niceties of diplomatic protocol to defend the indefensible,” Tinio said.

“The Duterte regime continues to perpetrate its so-called war on drugs that has killed thousands and is seeking court approval for the designation of hundreds of activists as terrorists, including the UN Special Rapporteur on the Rights of Indigenous Peoples Victoria Tauli-Corpuz,” he said.

He added, “This has been rightly condemned locally and abroad as nothing more than a legalized hit list that exposes critics of the administration to the threat of extrajudicial killing by state forces.”