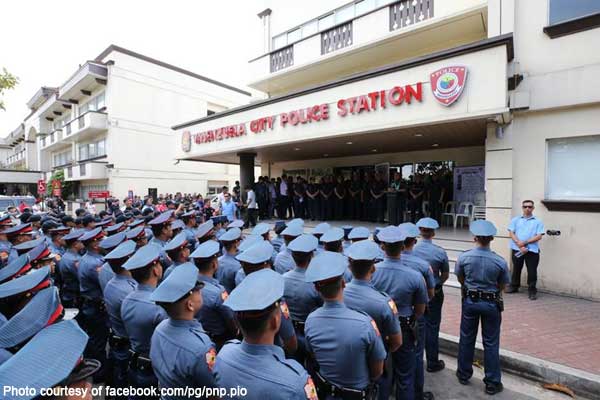 0 3,407
Share
Want more POLITIKO News? Get the latest newsfeed here. We publish dozens and dozens of politics-only news stories every hour. Click here to get to know more about your politiko - from trivial to crucial. it's our commitment to tell their stories. We follow your favorite POLITIKO like they are rockstars. If you are the politiko, always remember, your side is always our story. Read more. Find out more. Get the latest news here before it spreads on social media. Follow and bookmark this link. https://goo.gl/SvY8Kr

Gabriela partylist Representatives Emmi de Jesus and Arlene Brosas said the restoration of the subpoena power to the Philippine National Police and its Criminal Investigation and Detection Group will lead to more extrajudicial killings and arrests of dissenters.

In a statement, the Makabayan congresswomen said the passage of Republic Act No. 10973

“is a green light to more extrajudicial killings, arbitrary arrests, and trumped up charges against dissenters and opposition.”

“Giving PNP-CIDG subpoena power tandemed with the arbitrary terror listing is anomalous and pernicious given the bloody track record of the PNP in its failed drug war and fascist dictatorial rule of the Duterte administration,” the women’s group said.

Gabriela said it believes that the law “signals a worse round of red-tagging and political harassment.”

“We stand firm that the PNP should have no quasi-judicial or prosecutorial investigative powers, especially with its undisputed record of corruption, arrogance, human rights violations, and its fondness for legal shortcuts. PNP does not have any credibility to handle the responsibility that goes with such power,” De Jesus and Brosas said.

“Restoring the subpoena power of the PNP will just contaminate the legal process and complement the dictatorial design of the Duterte regime,” they added.