Magnificent 7 to 7 SC justices: Inhibit yourselves from ruling on Sereno petition 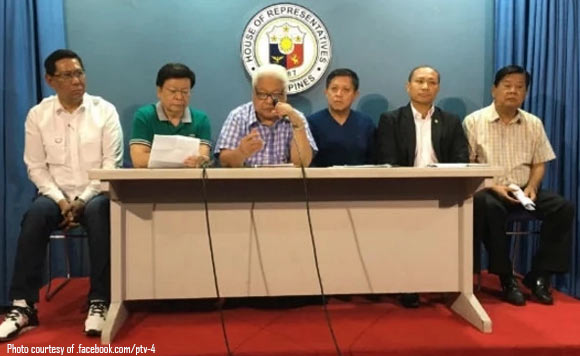 The Magnificent 7 opposition group in the House of Representatives reiterated its call on Tuesday for seven Supreme Court justices to inhibit from the adjudication of the quo warranto petition against Chief Justice Maria Lourdes Sereno.

“These seven justices cannot be impartial jurists because of their manifest antagonism against the chief magistrate,” the group’s leader, Albay first-district Rep. Edcel Lagman, said without naming the seven.

He noted that six of the seven justices testified against Sereno in the impeachment proceedings before the House committee on justice, while the last justice, together with the six others, “figured prominently in the ouster move against Sereno which ended in forcing her to go on an indefinite leave.”

Though Lagman did not name them, Associate Justices Teresita de Castro, Lucas Bersamin, Andres Reyes, Diosdado Peralta, Mariano del Castillo and Samuel Martires were the six who testified during the House impeachment hearing, while Marvic Leonen was reportedly the seventh who joined the move to force Sereno to go on indefinite leave.

“Under these adverse circumstances, due discretion on the part of the affected justices as well as the Rules of Court and Code of Judicial Ethics demand their inhibition,” Lagman said.

“Impeachment and quo warranto have the same ultimate objective, which is the removal of Sereno,” he said.

“The seven justices must not be allowed to seize the opportunity presented by the pending quo warranto petition to consummate their design to oust the Chief Justice,” Lagman said.