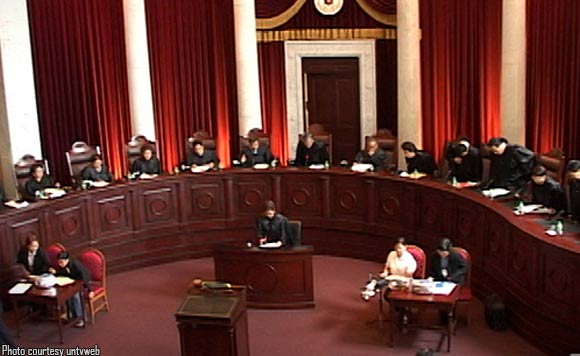 The Magnificent 7 lawmaker, in a statement, said the Supreme Court “bowed to the pressure of an impending railroad of her impeachment in the House of Representatives by doing it themselves.   Oblivious to a long, dark winter now upon us they slither up to her coveted throne.”

“Like a pack of wolves smelling blood, they threw themselves to partake on a helpless prey,” Villarin said.

“Justice has lost its perspective and sadly the future of our nation now takes on an indefinite leave. Quo vadis Philippines?” Villarin lamented.

He defended Sereno from the attacks against her during and outside the House impeachment hearings.

“The impeachment trial has not even started nor probable cause established. Yet SC colleagues ‘impeached’ her just the same by voting to have her take an indefinite leave,” he said.

“Sereno is not perfect. Her imperfections are not impeachable,” Villarin said.