Alejano to Duterte: Your governance is a joke 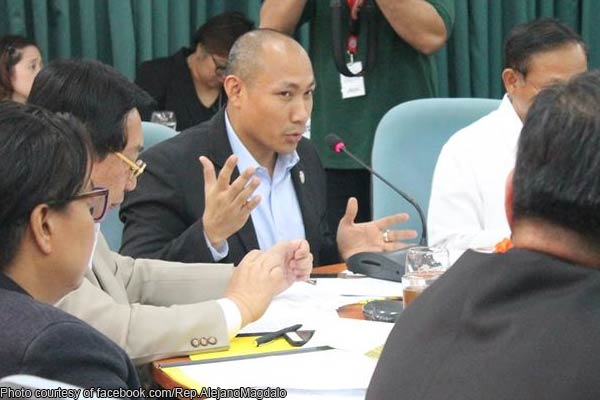 Magdalo partylist Rep. Gary Alejano said President Rodrigo Duterte continues to fool the Filipino nation by making a mockery of the Philippines’ claims on the West Philippine Sea and being subservient to China.

He expressed anger at Duterte’s recent admission that his statement during the 2016 presidential debate that he was prepared to ride a Jetski to the disputed Spratly islands to defend Philippine sovereignty was just a joke.

“This is precisely what defines Duterte’s governance now – a joke,” Alejano said.

“It is becoming more apparent that this administration has no real intention of asserting our rights over our territories. Hence, the use of flawed narrative of going to war with China to justify their subservient actions. Defending our territorial integrity does not mean tough-talking and resorting to war. There is an array of non-military, non-confrontational, and non-provocative means,” he said.

“It is clear in the UNCLOS, PCA ruling, and our Constitution that we have exclusive rights in our EEZ and any of China’s claims overlapping ours are invalid,” he said.

Alejano said Duterte’s proposal of joint exploration in the premise of “co-ownership” is a violation of the Constitution.

“In spite of knowing this, Duterte is confident that the Congress and the Supreme Court will allow such betrayal of the Filipino people for these institutions have essentially lost its independence under the Duterte administration,” he added.