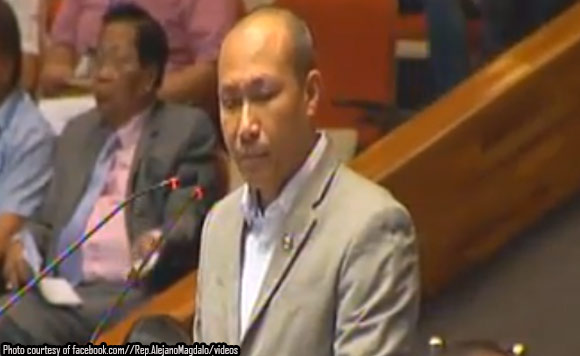 Magdalo partylist Rep. Gary Alejano has filed a House Resolution entreating the Supreme Court to give an update on the petition questioning the constitutionality of the Joint Marine Seismic Undertaking (JMSU) between the Philippines, China and Vietnam.

Under House Resolution No. 1739, the Magnificent 7 lawmaker stressed the importance of the Supreme Court clarifying the status of the JMSU petition, after Department of Foreign Affairs Secretary Alan Peter Cayetano used it as a basis for his statement about the Philippines pursuing joint exploration of the West Philippine Sea with China.

“A final ruling of the Supreme Court regarding the constitutionality of the JMSU would be most vital in determining the Philippine’s foreign policy direction, its subsequent dealings with China and any other foreign states seeking to partner for marine exploration and resource exploitation, and the policy directives of the Congress,” he said.

“Given the seeming enthusiasm of the Duterte administration in pursuing a joint exploration with China, I urge the Supreme Court to hasten the resolution of the petition,” Alejano added.

The JMSU is a joint seismic exploration entered into with China and Vietnam in 2005 which covered 80 percent of the Kalayaan Group of Islands and the Reed Bank.

Cayetano used it as a “precedent” amid talks of joint exploration with China in the West Philippine Sea.

“I must remind the Duterte administration that the issues regarding the JMSU have no final word yet,” Alejano said.

“To use an unresolved case as precedent does not lend assurance on the legality of the joint exploration they intend to pursue now. I believe that the best course of action is to wait for the resolution of the JMSU petition and clear first the doubts as to the proper conduct in exploring and exploiting the resources within our seas,” he added.