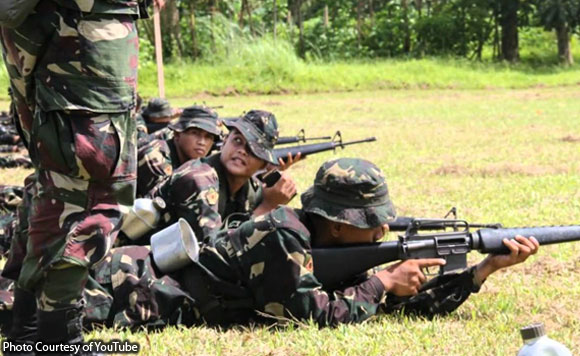 She said the plan to reinstitute ROTC, along with other “tyrannical attacks against the people,” such as the declaration of martial law in Mindanao and the national ID system, were policies aimed at “shoving militarism and fascism down our throats.”

This is why Kabataan Partylist strongly opposes the dangerous prospect of arming reservists and ROTC graduates supposedly for helping combat terrorism, especially as it comes from a President who has an ever increasing penchant for killings and all-out war approach,” Elago said.

The Makabayan lawmaker said mobilizing armed reservists was another threat of a brazen go-ahead to kill and intensify attacks against vocal critics and dissenters tagged as “terrorists” by the Duterte regime.

“To all reservists and ROTC graduates: Serve the people and be vanguards of freedom and democracy. We enjoin and challenge you to resist, to cease becoming an instrument of a fascist state,” Elago said.