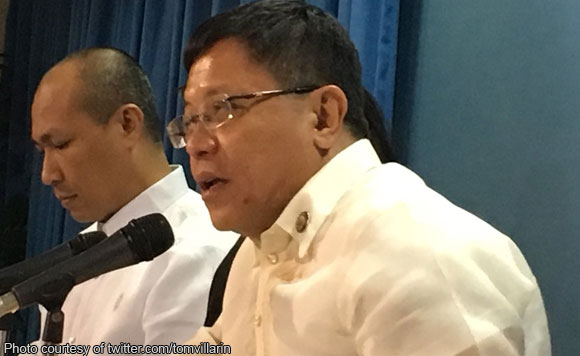 Akbayan partylist Rep. Tom Villarin predicted on Saturday that the administration-backed supermajority will “implode” once the Philippines holds another election for President in 2022.

“The Duterte supermajority in Congress is but a fleeting and temporary alignment that will implode when the light of truth pierces its veil and when democracy shines bright through the holding of regular elections,” he said in a statement.

The feud “is all about power that’s consuming both parties and fanning these intramurals among Duterte loyalists,” Villarin said.

“It’s not ideological nor programmatic reasons that HNP and PDP-Laban are fighting over but all about access to and control over state resources,” he added.

“If ever realignments happen in the House, it will happen not because of the political opposition but more over quarrel on turf and egos,” Villarin said.

Sara Duterte hinted on Friday that she might run for Speaker against Alvarez if she decides to run for representative of Davao City.

In a social media post, Duterte called Alvarez an “asshole” for allegedly saying she is in the opposition after forming her own party.

She also said in her post: “Ano sabi mo in a crowd, ‘President iba siya, Speaker ako, I can always impeach him!’ And you call me opposition? Somebody should really tell the President about the truth. Antay ka bukas, I have another story.”